We recently returned from a wonderful week in Lake Garda. It was our babymoon – our last holiday as just the 2 of us!  I was 27 weeks pregnant, so just on the limit of being allowed to fly without a doctors note. We chose Lake Garda because of the relatively short flight and the not too hot late May climate. We’d been to Lake Como a couple of years ago at the same time of year so knew more or less what to expect.

Our hotel – Hotel Corte Valier – was less than half an hour from Verona airport, in Lazise near the south of the Lake, which was ideal. We booked the holiday as a package deal from Citalia so had a private transfer from the airport which was great as we didn’t have to stress about finding a taxi or public transport to get us to the hotel. 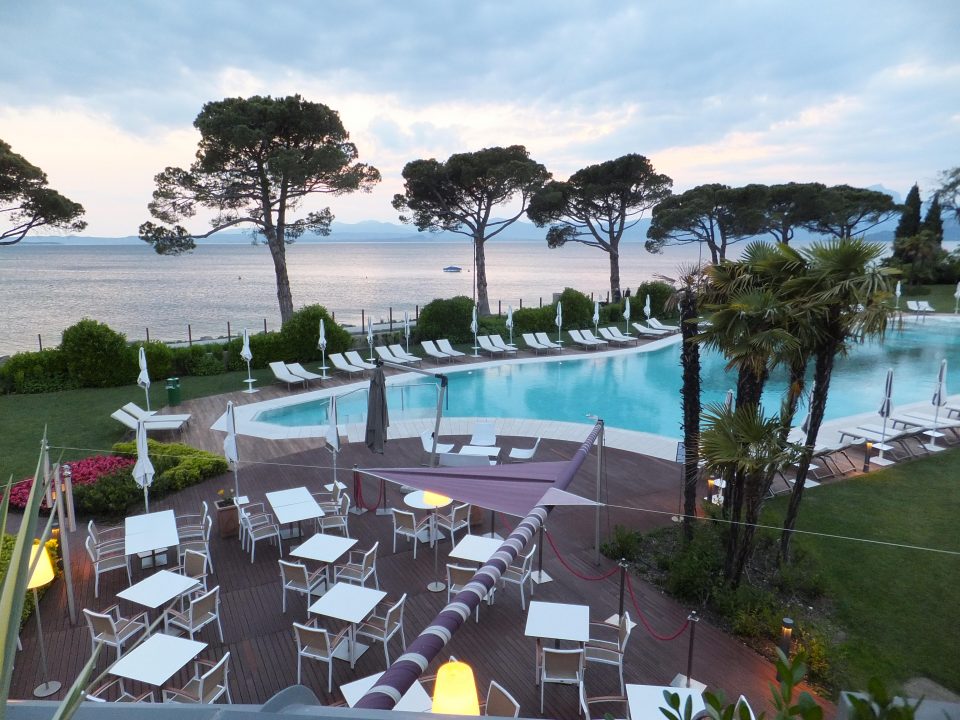 The hotel itself is set in beautiful grounds and the rooms are bright, modern and spacious. There is a big outdoor pool and also an amazing indoor spa. Unfortunately, I couldn’t really use the saunas and steam rooms being pregnant but I did poke my nose in and wished I could have spent longer! We had a partial lake view room which was on the ground floor looking onto the pool with the lake behind it. 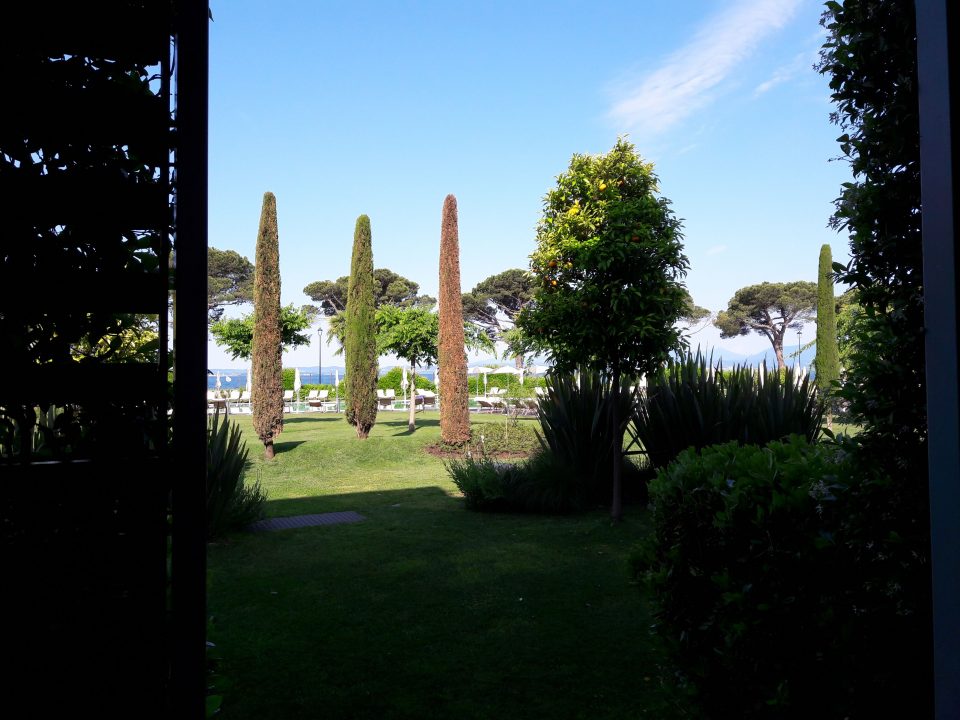 The Dome Restaurant serves breakfast, lunch and dinner. We were on a bed and breakfast package so only had dinner there once. The food was great – they accommodated my pregnancy diet requirements happily – and the waiters were very attentive. In fact, the entire staff at the hotel couldn’t have been more helpful.

But let’s talk about breakfast. It was the best hotel buffet breakfast I’ve ever had! We sat outside every morning by the pool, looking out over the lake and helped ourselves to freshly baked pastries, fresh fruit, freshly prepared omelettes and pancakes and freshly squeezed orange juice. There was also cereal, yogurts, cakes and an array of cooked and cold meats and cheeses. After I had placed my coffee order on the first morning, the waiters remembered it for the rest of the week and a decaf cappuccino appeared on our table within a few minutes of us sitting down. We were very impressed and it was hard to resist not having a bit of everything each morning! The highlight for me was the pistachio cream filled croissant – definitely the best croissant I have ever sampled!

Most of our week was spent relaxing by the pool and wandering into Lazise along the lakeside path. Lazise is less than 10 minutes from the hotel and had more than enough restaurants to choose from. It’s a picturesque little town, surrounded by the old castle walls, with it’s own ferry stop so that you can travel around the lake. 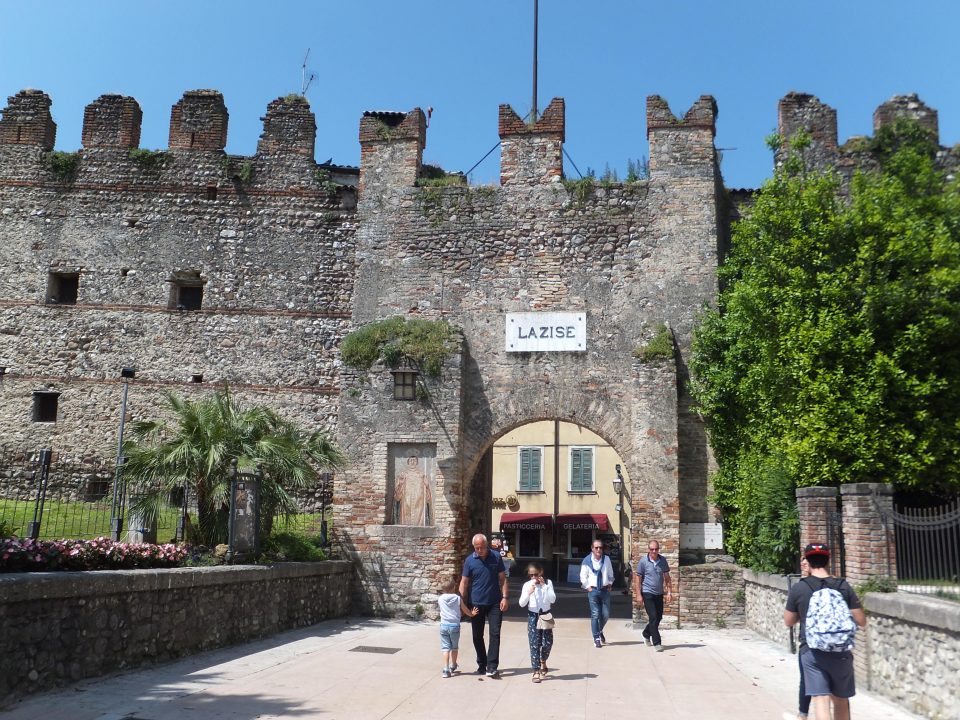 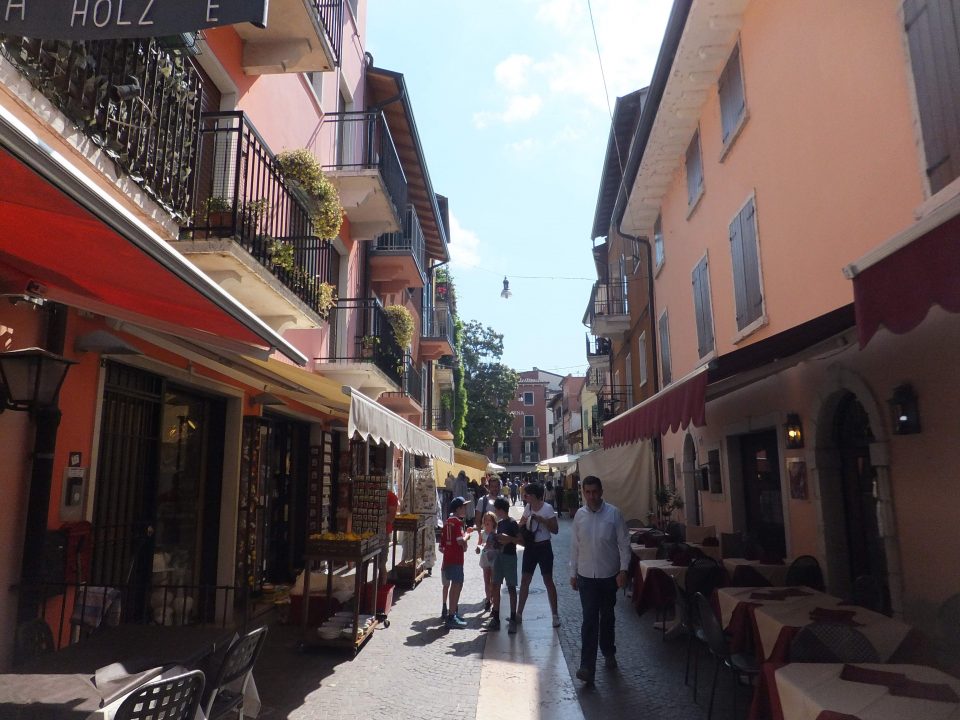 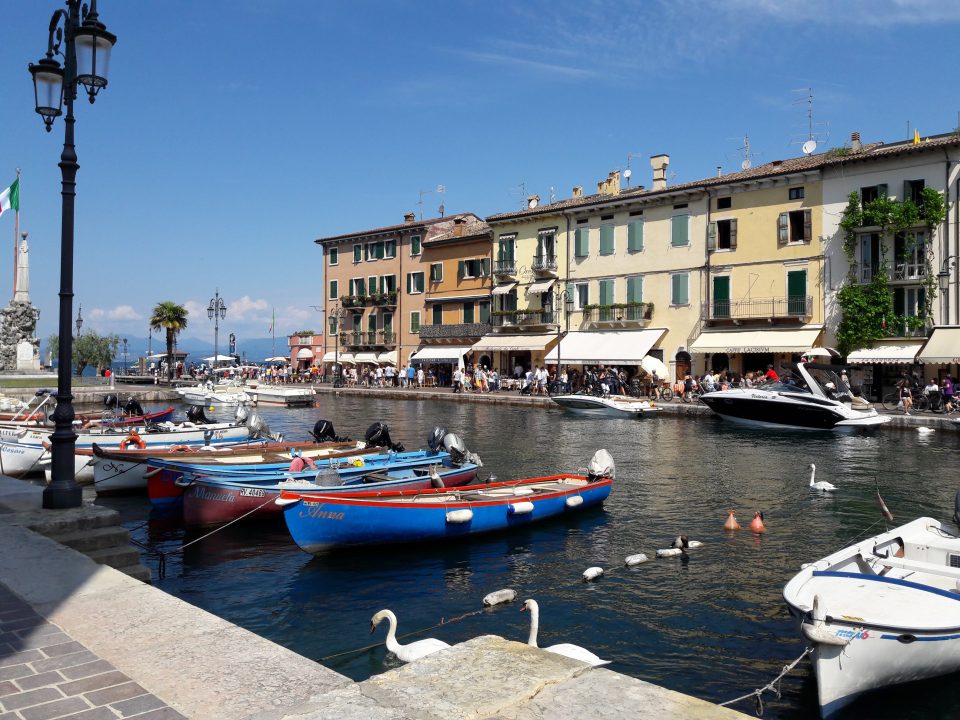 We actually only ended up getting the ferry once when we visited Sirmione. It was a bit of a nightmare to be honest as the boat we had planned to get was full meaning we had to wait for an hour and then get a different boat which required a change rather than being direct. It took us a lot longer than planned to get there! 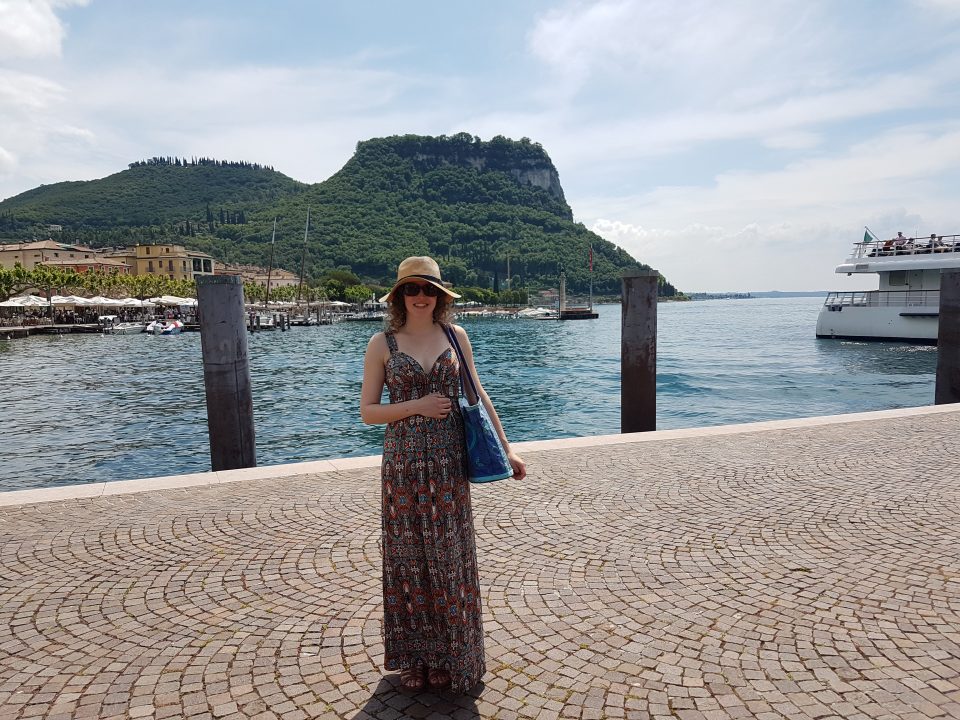 Sirmione is a bigger town than Lazise and is known for the Scaligero Fortress – the sunken castle – and the Grottoes of Catullus, the remains of an impressive villa dating back to between the end of the 1st century B.C. and the beginning of the 1st century A.D. It’s another beautiful town but we felt like we couldn’t really enjoy it as there were just so many people! I dread to think how busy it gets during the summer, as we were there before the high season had properly started. 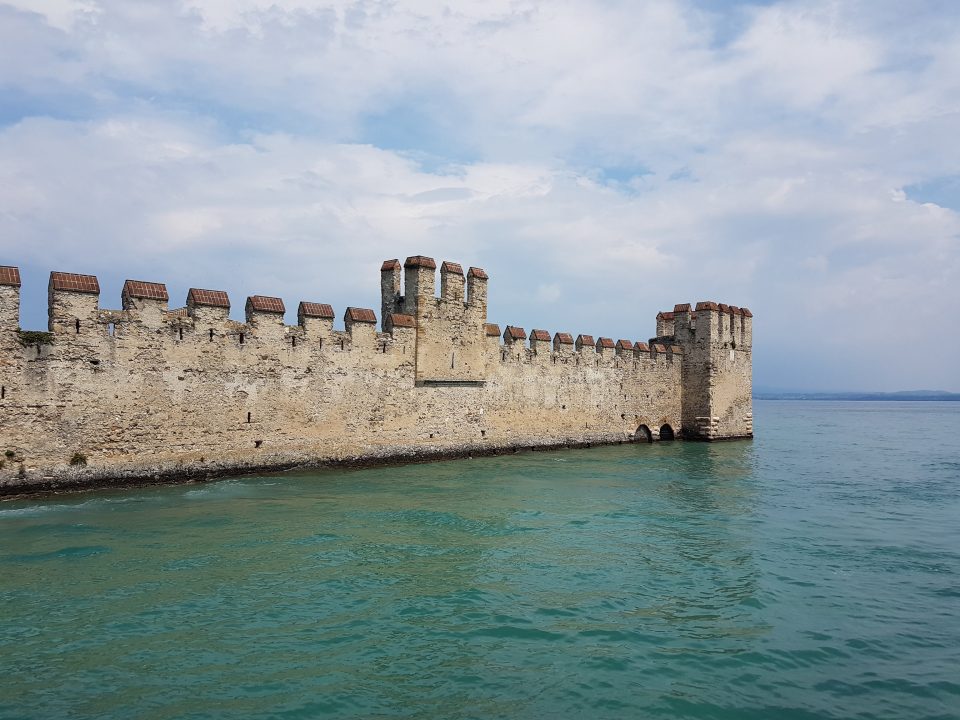 Another trip we did was to the town of Bardolino. It’s just 4km North of Lazise and you can walk the entire way there along the lakeside path. We did the walk one evening so that it was slightly cooler and got a pizza before walking back to the hotel. The views of the lake and mountains you get from the path are stunning and there were also lots of very cute ducklings, goslings and even signets along the way! 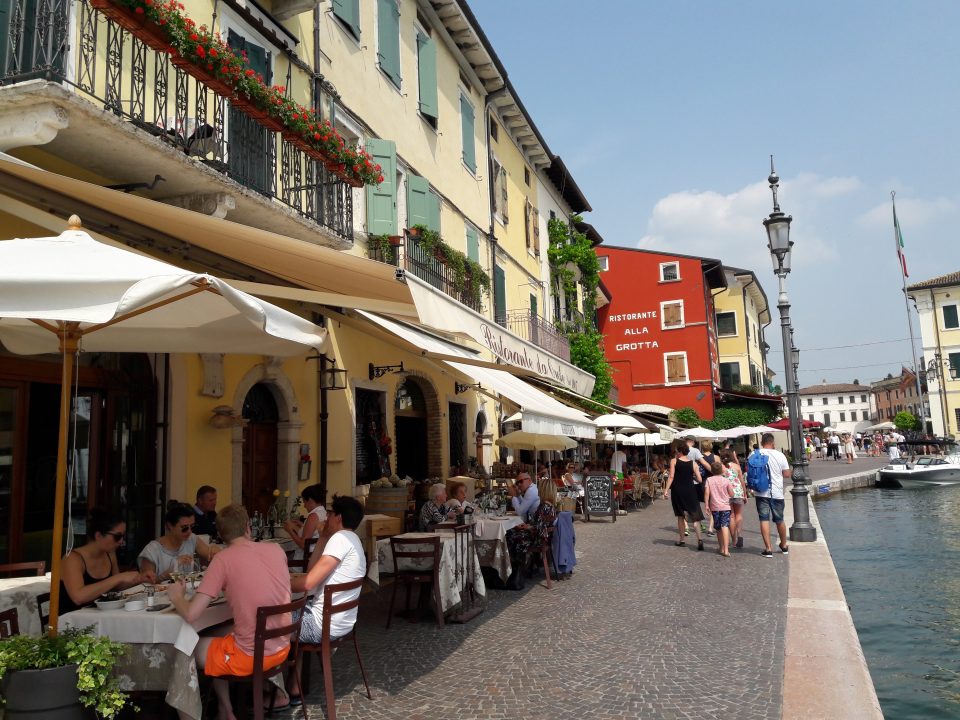 Our trip overlapped with our first anniversary – this year really has flown by! We did some research in the days before and choose to go to Da Oreste for our anniversary meal. The food, atmosphere and staff were perfect and we had the best evening. 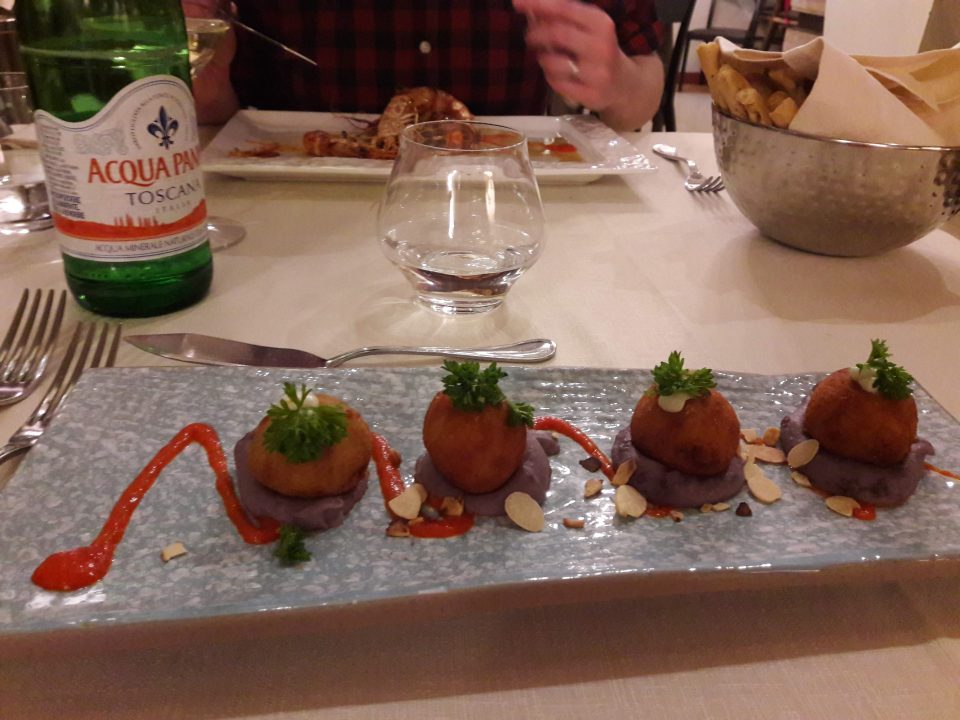 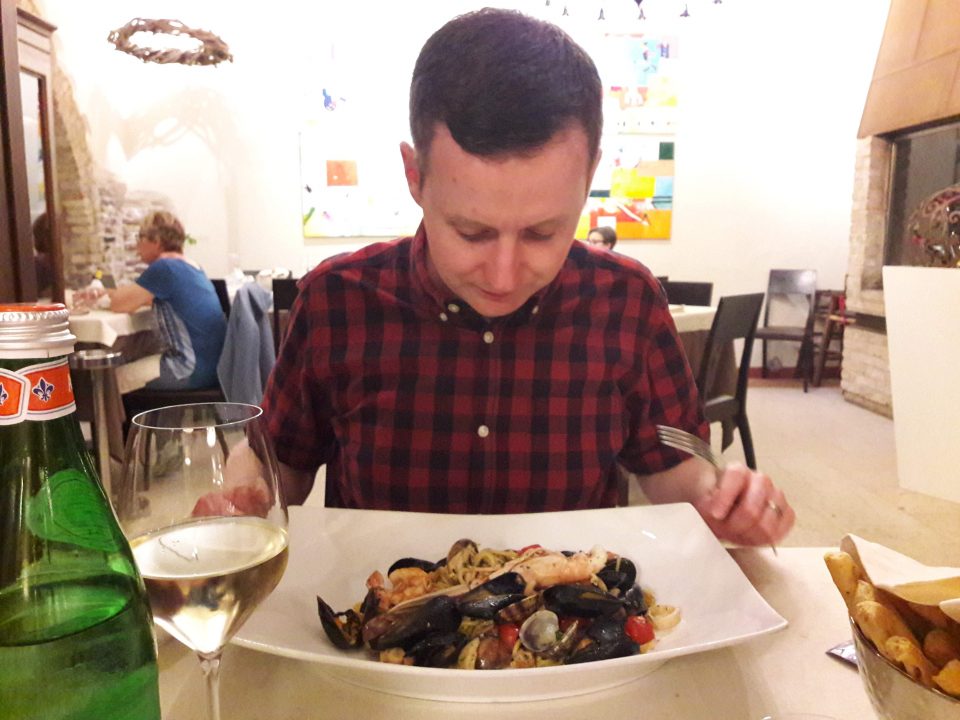 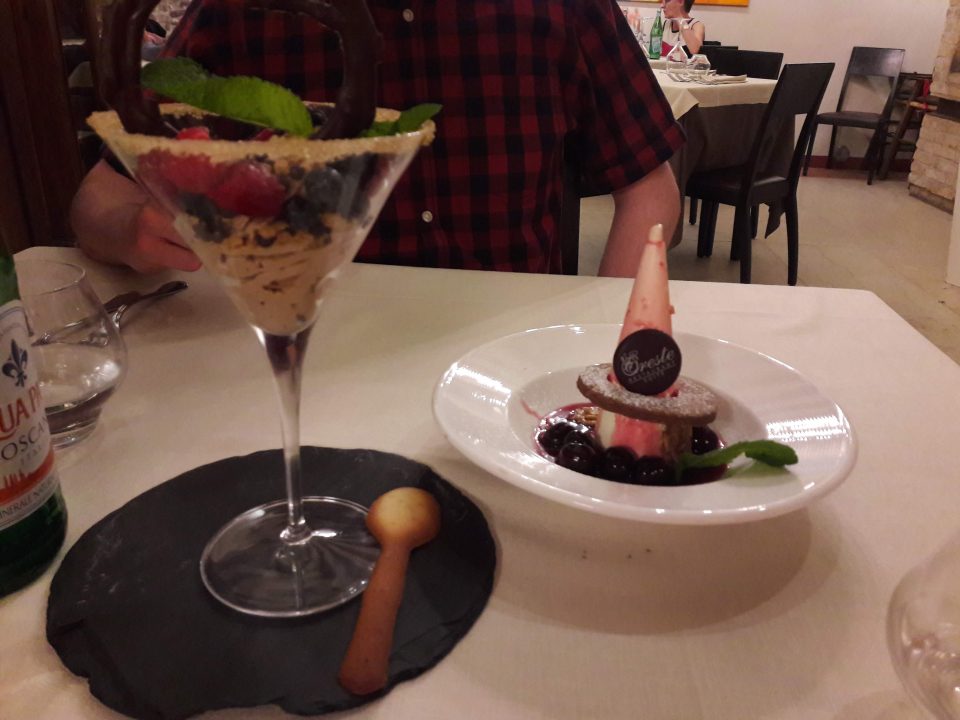 We were a little nervous about travelling with me being pregnant, especially after the complications in my last pregnancy. We’ve had a few scares this pregnancy but luckily nothing in the run up to the holiday. I saw my GP a few days before travelling and she gave me a fit to fly letter, just in case I was asked on the plane. Before we left, Citalia found out for us where the nearest hospital was, just in case we had any issues. It was reassuring knowing that there was somewhere close by if needed.

I spent a while looking for travel insurance as I wanted to be 100% sure that we’d be covered if anything happened. Most normal travel insurance policies seem to cover you for travel in pregnancy up to 28 weeks, some higher. However, I went for one specifically designed for pregnancy. It gave higher levels of medical cover and had specific wording relating to pregnancy and baby which gave me extra peace of mind. It was more expensive than using a standard travel insurance policy but I think it made us both feel more comfortable that we would be covered if the worst were to happen. We paid about £25 for the week so it wasn’t too much.

The journey out to Lake Garda was relatively painless – I made sure I had lots of snacks and water for the plane and also wore my most comfy clothes. The trip back was a little more uncomfortable! I’d managed to avoid swollen ankles so far in my pregnancy but our last day in Italy was much hotter than the rest of the trip and our flight wasn’t until the evening. I noticed around lunchtime that my ankles had started to swell so we tried to keep cool for the rest of the day. That didn’t seem to help my ankles which just kept growing! By the time we landed at Edinburgh, my feet, ankles and legs were blown up and very uncomfortable. I’d also developed a sinus infection during the week so had a pretty painful take-off and landing!

Aside from the journey home, we enjoyed our babymoon so much. It was a great way to spend some quality time together before everything changes in August! 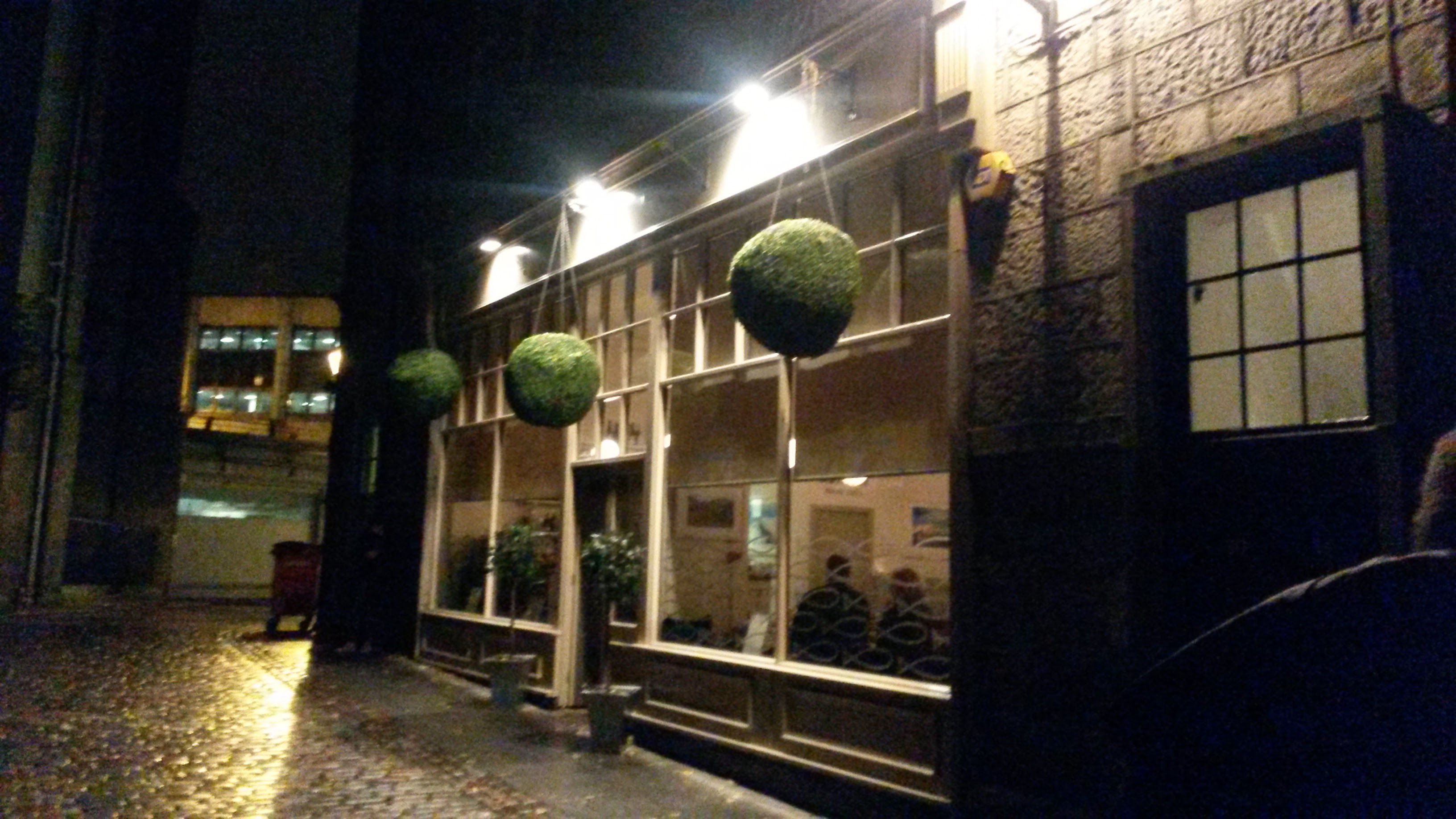 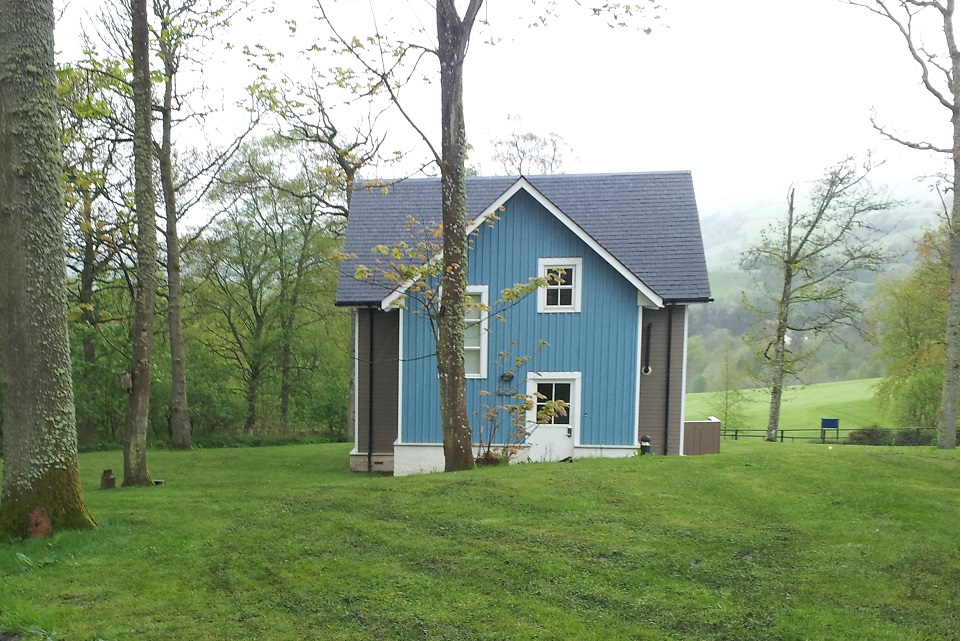 A Weekend at Crieff Hydro